Interview with David Herrera, relathor of "Before, after y volver a empezar", included in the first volume of "Desde mi habitación" (page 19) 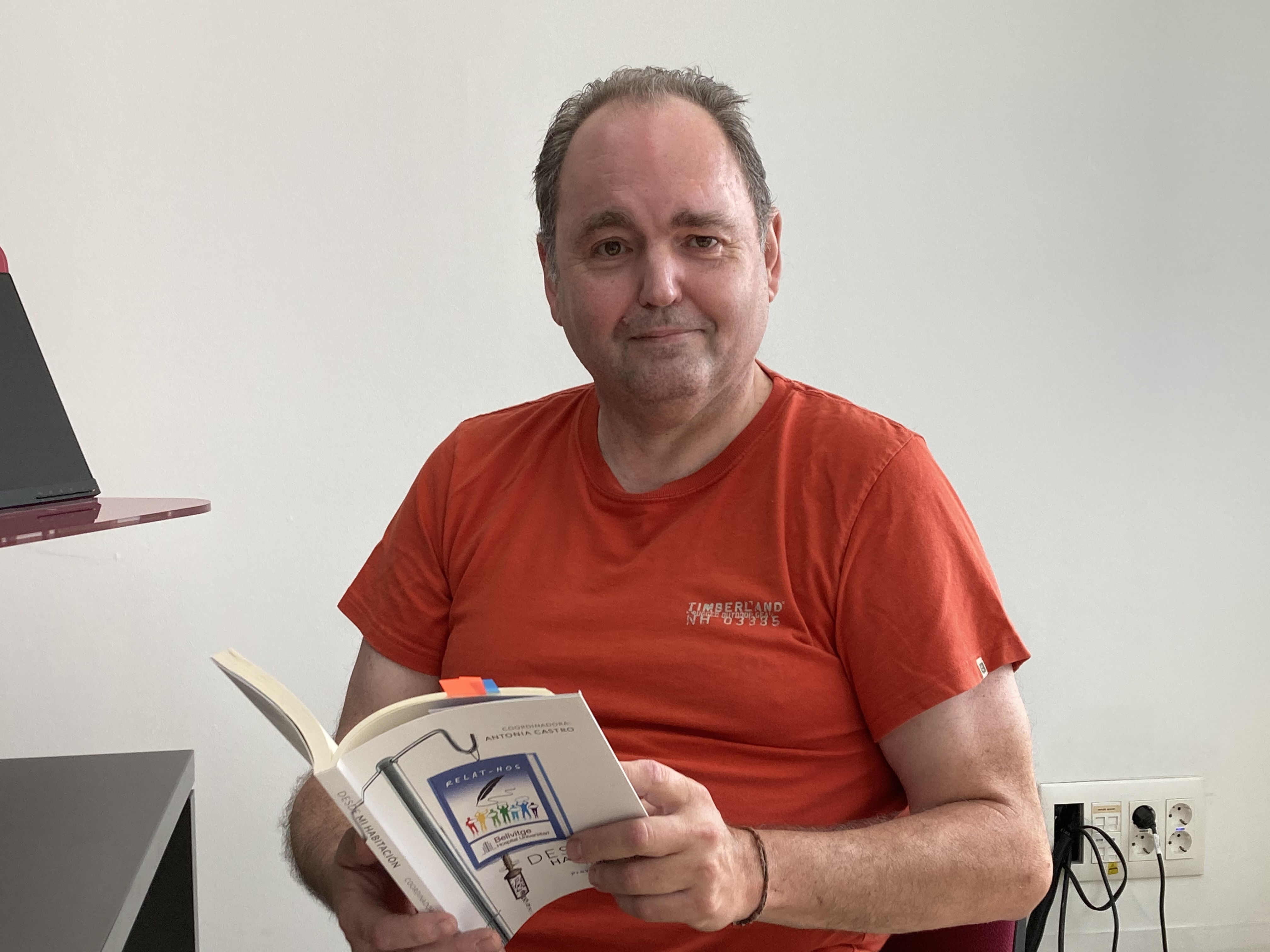 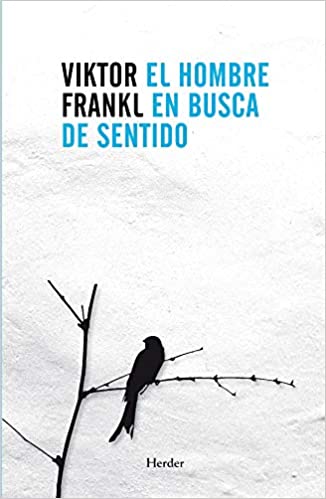 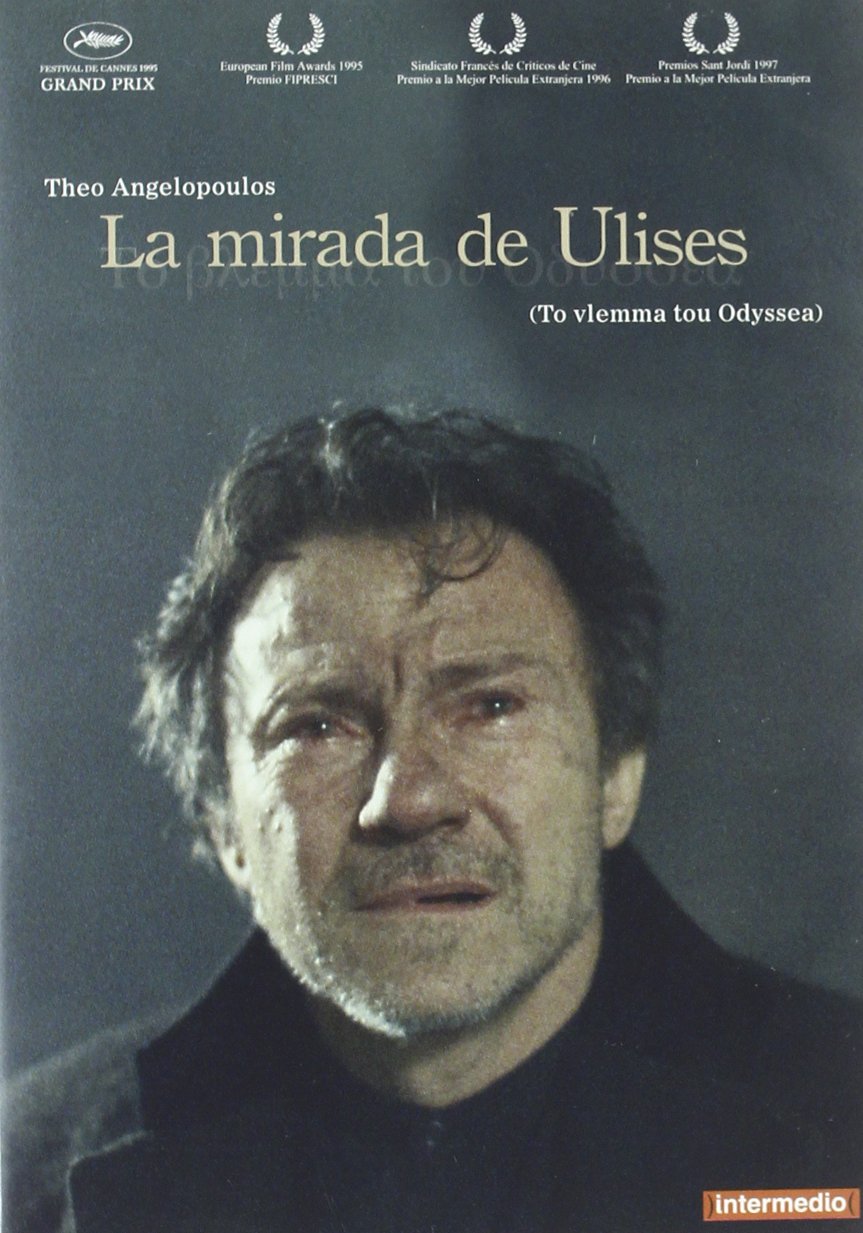 What did you think when you had your first contact with the RELATO-Hos project? How did you discover it?
David Herrera. I was admitted to the hospital on February 5, 2018 after a heart attack and not really knowing how I would leave it. A friend, who was visiting me, told me that she had seen a RELAT-Hos poster. I don't know how I understood that at that point, because I thought it was a project from the year before and that it was over. I wrote the first short story in the time while they were deciding what to do with me (later I would get a triple bypass). During that period I wrote the story for myself; I wrote about how it felt to go from a very fast pace of life to being in bed unable to get up. I had a surgery, I was in an induced coma for 45 days, and after a while (when my leg had already been amputated) a nurse told me about RELAT-Hos and that she would bring me its folder. By then I had been in the hospital altogether for three months and I was aware of the nurses’ daily rush... as if to bring me that folder! So, I looked at the hospital's website and when I found the Relat-hos’ contact I sent to them an email. I still didn't know Antonia at the time, but 10 minutes later I had the folder in my hands. Thus, the second story I wrote was already after the surgery and amputation. When I woke up from the coma and the doctor told me 'welcome to the rest of your life' I began to reposition myself and became conscious of everything that had happened. Then I made the decision to be a good patient so that I could recover and leave the hospital as soon as possible. At that point, I also realised that I was a model for my children, that perhaps my attitude could one day help them in a similar situation. I wrote about all of that.

The way you created your story it is quite unique, because it is the result of the union of three great pieces...
D.H.- I was in the hospital until the end of May. I had problems with the healing of the amputation wound and could not go home because I lived in a duplex, so I was sent to a social health centre for rehabilitation. The wound healing process took a long time. While I was in that centre, I got ill with bilateral pneumonia, which took me back to Bellvitge Hospital. I was really hoarding experiences! It was a special moment, because I already saw Bellvitge as my second home, as four months there had given me many experiences. The fact of returning to the hospital and meeting again with a nurse or the doctor who had told me 'welcome to the rest of your life' was very emotional. Thus, the third story I called Beginning Over (Volver a empezar) and in it I projected all the resources that I had used to overcome complicated situations. I remember, for example, my mouth being very dry and me being unable to drink because my lungs were flooded. And at that moment, a movie I had seen a long time ago came to my mind The Taste of Cherries, in which a man is looking for someone to help him commit suicide. One of the people whom he asks for help confesses to having been in a similar situation, but that when he was about to hang himself in a cherry tree he began to eat cherries, and the simple fact of tasting them made him give up his intention. Then I remembered the mandarins from Mercadona that I ate at the social and health centre. It was an intense flavour compared to the current food and that made me want to continue savouring them.

- How did you feel when you saw your story published?
- D.H.- It made me feel very satisfied, especially because my short story could help other hospitalized people in complicated situations. I put myself on the others’ shoes, I thought of my experience, and at what point reading something like that could have helped me.
I realised that I would have really needed such support during the days that went since I was told that there was a possibility of having my leg amputated until they finally had to do it. In those 15 days, reading something about someone in a similar situation to that of assuming a mourning, a loss of that magnitude, would really have comforted me.

- Do you write regularly?
-D.H.- I had previously written when I had the time. There was a period in my life, of about 20 years, when I had no time for anything. I had written before, in situations in which I was somewhat lost and needed to reorient myself to make a decision. For me the writing process begins anywhere and I don't know where it will take me; I don't elaborate on it much, but it just arises, it comes out. Precisely the overcoming of that long period caught me in the hospital. In 1994, after a trip to India in which I had taken many pictures, I sent a selection of them to Solo Foto magazine and a year later, they sent me a magazine with the published report. That was the first time I saw anything of mine published. A year later, I was getting my taxi driver's license and they offered me to collaborate with a cultural magazine about Taxi called Bojos per Barcelona (Crazy about Barcelona). Seeing your words impressed and knowing that someone else can read them is something that makes you feel very good. Now I have more time and from time to time I write what comes up or what I feel like; It’s something I like and that helps me.

- Do you think that writing is an important therapeutic tool?

- D.H.- I have no doubt. Some people have a hard time expressing their emotions. This means that an emotion does not flow and that it may become stuck within them and prevent them from keeping going. Writing what you feel, what you think, when you feel vulnerable or insecure, I have no doubt that it calms your spirit and helps you manage your emotions in a healthier way than if you obsess about that. Sharing it’s the best you can hope for in such a situation. I have seen many times in art how the artist creates beauty from pain, even in the most critical situations. I’m certain that expressing your emotions in any artistic form is a therapeutic tool for the healing processes.

- Finally, can you recommend a book to us?
- D.H.- There’s a moment for each book. All books can be positive and necessary in some circumstance. Although I don’t recommend this title, it will help me illustrate a book’s usefulness. A month ago, I read this book called The Butchering Art. It is about surgery in Victorian times in the United Kingdom, when it was not very clear what hygiene was and there was no anaesthesia. I learned the story of a Scottish surgeon who had the record of amputating a leg in 30 seconds. Then I realised how lucky I was to have been born at our times. Back then the survival rate was higher at home than in the hospital and that single idea already makes me appreciate how lucky I was to have been amputated nowadays in the first world.

The book I recommend is Man's Search for Meaning, by Viktor Frankl. This author was a psychiatrist who survived Auschwitz and looks at why some people could survive in the extermination camps while others could not. He attributes it to the fact that the survivors wanted something to come back, something from their previous life. That book came to my mind when I was in a coma, feeling like I didn't want to die, that it was very unfair to die. I remembered Viktor Frankl and began to think of everything that attracted me to life; of specific things like a walk with my son.

As for movies, there is one I really like, which I have seen three times called Ulysses’ Gaze, by Theo Angelopoulos. Harvey Keitel plays a film director who travels to Sarajevo in the midst of the war in search of his first movies. It's a great film, that makes you recapture the essence of life. In a scene, which looks brutal to me, some children can go play and have fun in the street because it’s a foggy day and the snipers can’t shoot. But suddenly, you hear someone stopping those children and a family and then four or five shots are heard. Angelopoulos died in an accident while he was making a movie about the financial crisis in Greece. In fact, he died because the ambulance did not arrive on time since there were too few of them. Another very poetic film that I recommend is Night Train to Lisbon. I would love to go to Lisbon because of Pessoa, who is a poetic reference for me. There are many poetic references in this movie.