Interview with Carol Simón, relathor of Yo, mi, me, con…vosotros, included in the first volume of "Desde mi habitación" (page 47) 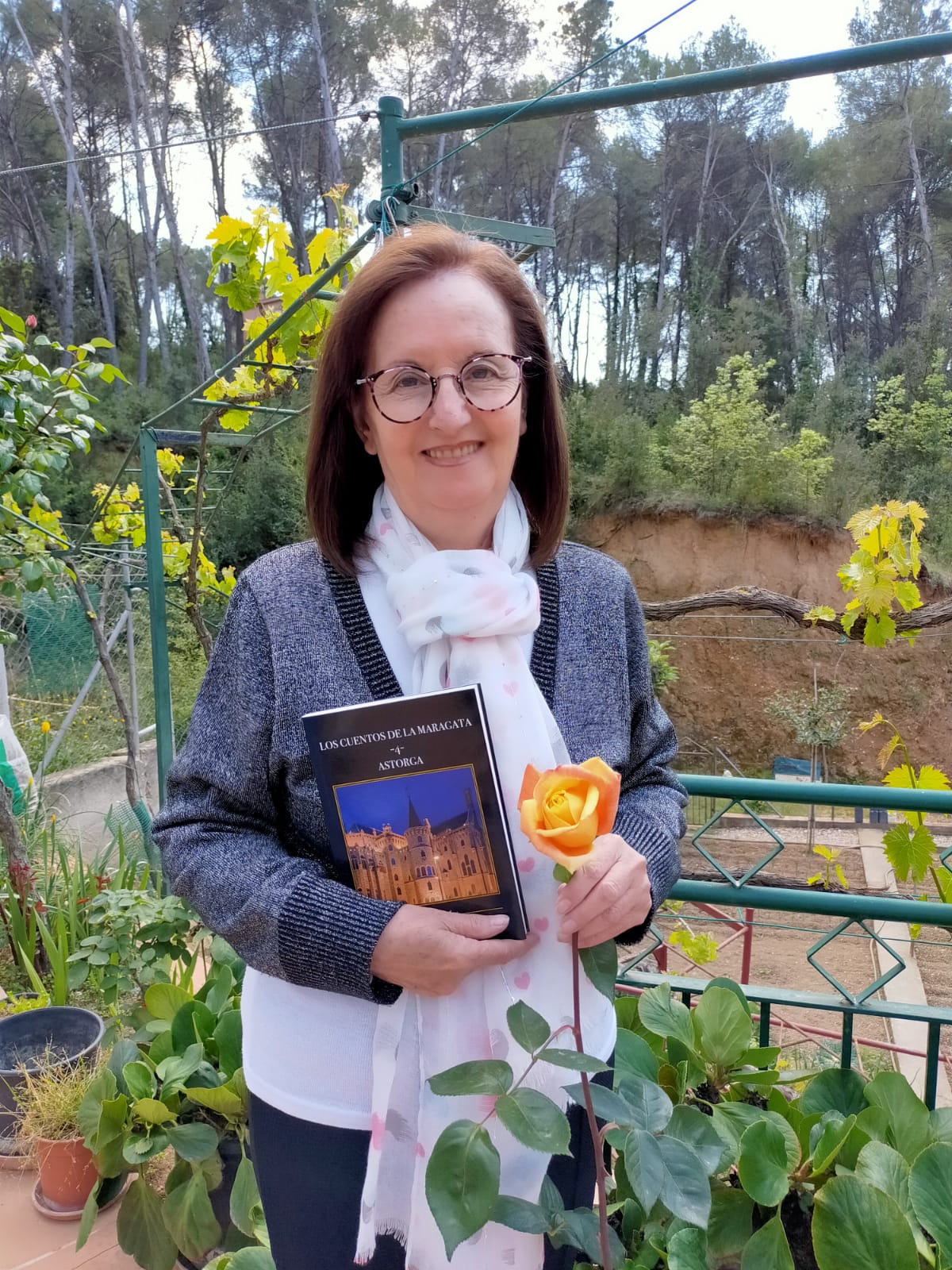 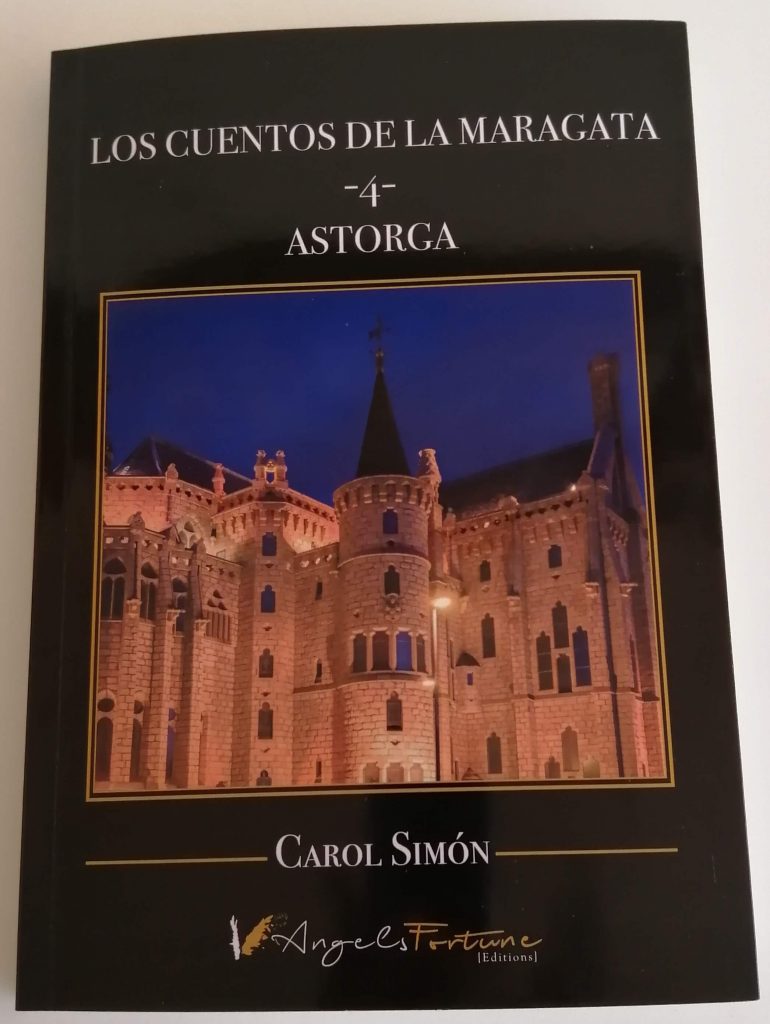 “Taking the chance to release all the pain we bear inside, when we are suffering, is more than enough reason to grab a paper and a pencil and get that off your chest”

-    What did you think when you had your first contact with the RELATO-Hos project?
Carol Simón. My first thought when my daughter offered me the opportunity to write was that it was a blessing. She was in the hospital bed with a pneumothorax and I was suffering by her. Writing a story was an opportunity to divert my thoughts. My daughter had found the RELAT-Hos advertisement in the corridor when she was taken for an x-ray and did not hesitate to give me that business.

-    Were you sure from the beginning that you wanted to participate?
C.S. Actually, I'm a bit shy; it was my daughter who asked for pen and paper at the counter for me to write whatever I wanted. I can say that I love writing; I currently have four books published (three self-published and the fourth with Angels Fortune) and as soon as she told me I knew I would participate in the writing of a short story, which is my speciality. That day I wrote the story Una noche toledana, a dream that gave me the courage to get over my daughter's bad experience and to hope that all the other patients would recover.

-    How did you feel when you saw it in the book?
C.S. The truth is that it was doubly exciting, I think I was the only one who had two stories published, first as my daughter’s visitor and then as a patient. While I was in bed and aching all over, someone came into the room in a white coat, asking for Carol Simón, my brain, which is quicker than I am, protested, Oh, boy, these damned tests again! When will they leave me alone? To my surprise it was Antonia Castro bringing me a folder, paper and pencil to write a story as a patient. At that moment, I hugged her and the pain suddenly went away thanks to the emotion; unfortunately, later the pain was back, it waited for her to leave. On that occasion I wrote the story Yo, mi, me, con…vosotros. I wanted to show that despite the individual independence that we have gained personally, despite us trying to prove that we do not need anyone else's help, we are wrong; we always need a loving hand to help us overcome our fears in those times when we fight for our life with all our strength.

-    Do you think writing is a powerful therapeutic tool?
C.S. I'm more than positive. It is a therapy that should be recommended in all hospitals; obviously, not everyone likes to write, but taking the chance to release all the pain we bear inside, when we are suffering, is more than enough reason to grab a paper and a pencil and get that off your chest.

-    Do you remember how you came to write your story?
C.S. I do indeed, because that was what I usually do in most cases: I write everything in one go. It's not that I'm better than others, it's just that I have an overflowing imagination; when I start something I'm unable to stop and I even get angry if I'm bothered, or if someone wants to give me their opinion on what I should or shouldn't write, for that I'm totally independent.

-    Do you usually write? Did it make it easier for you to write your short story?
C.S. I have been fighting every day for 29 years with the after-effects of colon cancer; I try to stay well, although I rarely manage to do so. Writing is my exhaust valve, since my disease started; it helps me to write almost every day, I always have a thought to capture on the computer and escape from reality. I have already written more than one hundred and twenty-something stories. I’ve gotten four books published with a great acceptance by the those who have read them, comments such as you have an overflowing imagination, your stories are full of fantasy and many more compliments. That is what I’m most proud of and what encourages me to keep on writing.

I used to write before and I continue to write now; I cooperate with anyone who asks me to. In fact, asked by Antonia, I wrote a short story, when the pandemic appeared. It was called Una mosca en Bellvitge (A fly in Bellvitge), a very short and funny story. Another cooperation has been with the association Fundación 38 grados, whose project is to fulfil some wishes of people who are at the end of their lives. They have published the book No te rindas (Don't give up) to raise money and I took part in it with the story Maravillosos recuerdos (Wonderful memories).

-    Finally, could you recommend us a book?
C.S. First of all, the book Desde mi habitación, which I hope will continue to be published at least once a year, because they are books written from the heart and feelings without thinking about whether they will be liked by some or others, which will let the emotions and mixed feelings during a struggle for survival flow.

I would personally recommend my fourth book Los cuentos de la Maragata 4 -ASTORGA-. It is a compendium of nine short stories or tales, where the most important thing is people’s value. The affection that a father can show for his children; the story of two sisters, separated by an evil relative’s greed, who are reunited by their little red patent leather shoes; the ending of a film adapted my way; and the pilgrimage of some ants until they learn to fight for their place on earth; among others. There are nine stories, each one more interesting than the last, and I only wish and hope that reading them will make for both a pleasant and exciting afternoon.

On the author's website www.cuentosmaragata.es you can find some of Carol Simón's stories and information about all her books.